The availability of NVIDIA’s flagship and next-generation GeForce RTX 2080 Ti graphics cards for gaming PCs has been pushed back to 27th September from its original date of 20th September which has been confirmed in a post by Anandtech.

Market availability is one thing but NVIDIA also had pre-orders open for both cards prior to launch which means those would be affected as well due to the delay. It is stated that the pre-orders are expected to arrive between 20th and 27th September and not 20th as was previously the case with the GeForce RTX 2080 Ti cards.

The GeForce RTX 2080 Ti is the flagship NVIDIA graphics card for gamers that is arriving in the GPU market for a high price of $1199 US for the Founders Edition and $999 US for the custom models. It is definitely the highlight of the GeForce RTX 20 series family and many gamers who pre-ordered or were looking forward to the getting one off the shelves on 20th would be disappointed that they have to wait a week more. Regardless, it’s just a week wait so its manageable but still a bummer for many gamers.

The NVIDIA GeForce RTX 2080 Ti is officially announced as NVIDIA’s flagship solution for gamers. Launching next month, the GeForce RTX 2080 Ti aims to provide the best gaming performance compared to the previous generation judging by the price, it very well do so as we are talking about $1199 US for Founders Edition and $999 US for custom models.

The NVIDIA GeForce RTX 2080 Ti features the TU102 GPU (TU102-300-A1) core which comprises of 4352 CUDA cores. NVIDIA’s 12nm FinFET architecture allows higher core count while retaining faster clock speeds which we have already seen on Pascal cards. The chip houses 18.6 Billion transistors which are a huge jump compared to the 12 Billion transistors on the Pascal GP102 GPU. The card delivers much higher performance due to enhanced core design that adds incremental IPC gains. 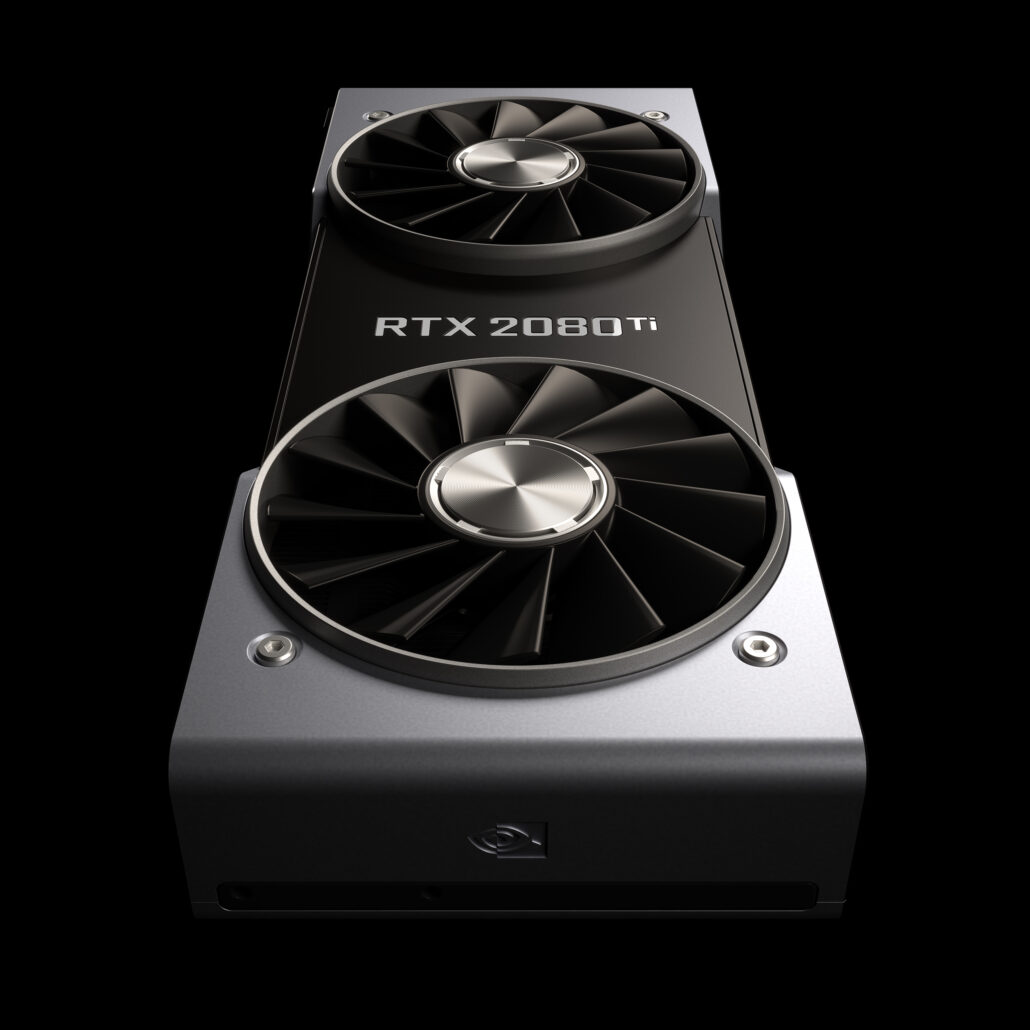 The NVIDIA GeForce RTX 2080 Ti features a TDP of 250W which goes in line with previous flagship cards. Coupled with a very smooth power delivery system to avoid leakage, the chip is one of the most efficient GPU architecture ever designed for gamers. The display outputs for the card include 3 DisplayPort 1.4 (4K @ 120 Hz), 1 HDMI 2.0b (4K @ 60 Hz) and USB Type-C connector for the Virtual link which means that it is capable to support all next-gen displays with new standards. Power is fed through a dual 8 pin connector configuration.

The NVIDIA GeForce RTX 20 series launches today in reference variants first. This time, NVIDIA has already given the green light to their manufacturers to announce custom cards soon after the reference launch which are now available to pre-order on the official GeForce webpage. Or you can head over to this article and check out all the glorious non-reference models which you will be able to get very soon.

The one thing we should tell is that the performance numbers are still under wraps till 19th August which leaves little or no time for consumers to reconsider the pre-orders since the availability is a day later or less than 24 hours. The reviews for the GeForce RTX 2080 Ti and RTX 2080 will go live on 19th September at the same time, but if you are planning to buy one, or already pre-ordered one, but going to reconsider your purchase, then you will have little to think.

Check out the other cards in the links below:

Which NVIDIA GeForce RTX 20 Series graphics card are you buying?Poll Options are limited because JavaScript is disabled in your browser.