There’s something in the air, the smell of freshly minted silicon and machined circuit boards has been wafting over the world. It’s the merest hint of something new happening, but with some vaguely believable, and even more downright apocryphal, rumours circulating around the globe we’re sure this generation of graphics cards is at an end and there is a whole new one about to start.

But where does that leave our existing graphics cards? Now that both AMD’s Vega and Polaris GPUs are available again for a price that won’t have you selling off the various internal organs, and Nvidia has stopped releasing slightly updated cards to deal with a paucity of high-end memory, it’s time to take stock.

This has been one of the longest graphics card generations in memory, kicking off in May 2016, well over two years ago, with Nvidia’s GTX 1080. The GTX 1070 quickly followed before AMD hit back with its RX 480 graphics card. Since then we’ve had Nvidia releasing the high-end GTX 1080 Ti, a suite of Titan cards, and some genuinely impressively lower-end GPUs in the GTX 1060 and GTX 1050 Ti.

AMD on the other hand has struggled to get anywhere near its main rivals in the high-end but completely nailed the mainstream with its RX 580 and RX 570 refreshes, offering large frame buffers and pricing Nvidia didn’t want to match.

Yes, the mining boom took almost all the graphics cards in the world off the market as big crypto corps scoured the etailers and factories buying up every GPU they could find, running them to death all in the name of facilitating the cryptocurrency blockchain. And the dollar, always chasing the mighty dollar.

As such demand was far in excess of what the GPU supply could offer and so prices went through the roof as scarcity made it almost impossible for a humble PC gamer to buy a graphics card for a price that wasn’t at least three times its initial MSRP.

Thankfully that demand has died off as supply went up, ASICs started taking jobs previously held by GPUs, and the cryptocurrency values slumped ever lower. Which has meant that graphics cards have become affordable again – though only in the way they are now almost the same price they launched at – but also the ramped production and sudden lack of mining interest has also created a bit of a stockpile in the channel.

No-one wants to sell cheap, and with the prospect of new Nvidia graphics cards dropping very soon – whether they’re called GTX 1180, GTX 2080, or GTX One Ti – means that no-one really wants to buy. And that has resulted in a lot of speculation that the start of the next generation of gaming graphics cards has been delayed.

But we’ll have new cards before September and so we’ve gone to town on all the high and mainstream gaming GPUs around to see how they stack up in our current benchmarking suite.

Uncontested at the top is, inevitably, the Nvidia GTX 1080 Ti. AMD doesn’t have anything in either its Vega or Polaris stables that can come close to the raw GPU horsepower on offer with the mighty GeForce behemoth. It’s the only card around today, without going up to one of the Pascal or Volta-based Titans, that will genuinely be able to deliver 4K gaming at high settings at 60fps. 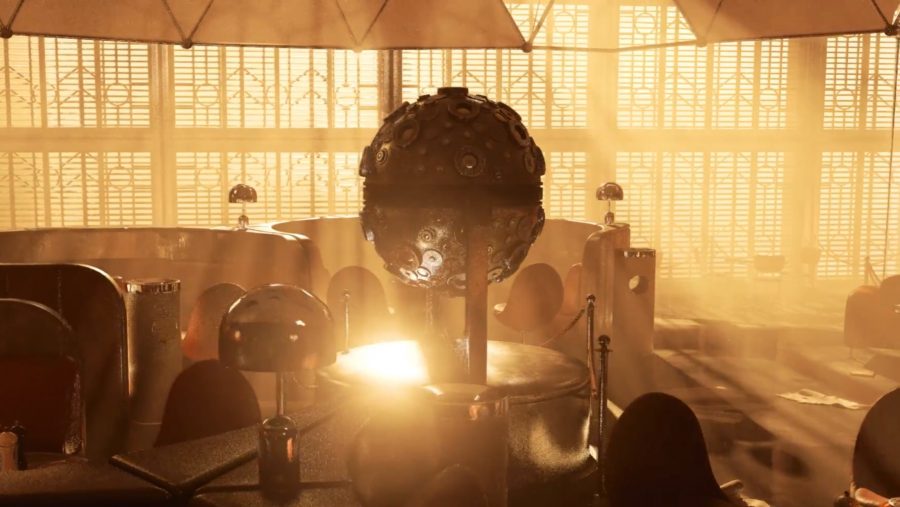 And it will likely continue to perform outrageously well even once Nvidia’s next-gen graphics cards finally launch. It’s a ridiculously beefy GPU that has many years of life in it yet and even if the GTX 1180 pops up with the same level of performance anyone sitting on this card is going to be gaming happily for a long time yet. After all, those intensive realtime ray-tracing effects aren’t going to be appearing in every game for a long while.

With the battle for top spot well and truly wrapped up by the GTX 1080 Ti, it’s the fight for second place in the high-end market where things really get interesting. For a large part of the GTX 1080’s lifespan, it was almost entirely unopposed in its price/performance bracket too. But that all changed when AMD released the RX Vega 64… well, it was meant to.

For the months preceding its launch the top Vega card was promised to have GTX 1080-level gaming performance, but it’s only if you’re very careful about which games you test that you will find any kind of parity. Go for Doom on Vulkan – yeah Vulkan, remember, that API AMD said loads of games would be using in the future? That one – and you’ll find the Vega 64 being competitive with the GTX 1080.

The same goes for Far Cry 5 where AMD’s buddies at Ubisoft worked to get Vega’s Rapid Packed Math(ematics) into the game. 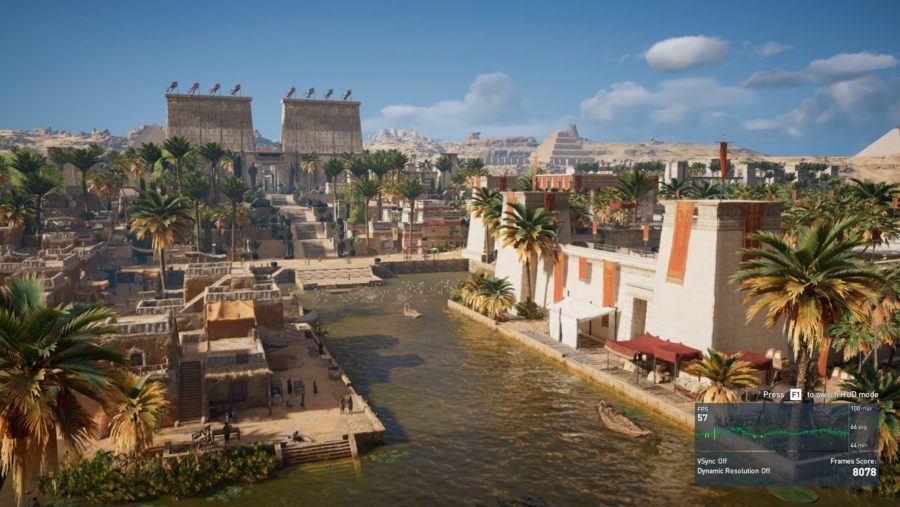 But in any DX11 title you care to mention – yes, the API used by 95% of games released over the last two years, and likely a similar number of those released over the next twelve months – the Vega cards get absolutely hosed.

The other tough pill to swallow is that AMD’s reference Vega cards also run a bit hotter than the Nvidia reference cards, and draw almost 40% more power from the plug too.

Nvidia’s GTX 1070 Ti then stuck the boot into Vega even more when it launched a few months after AMD’s best high-end efforts fell flat. It was essentially a card using the GTX 1080’s GPU but pairing it with standard GDDR5 instead of the scarce GDDR5X video memory. And it can generally outperform the top Vega card in most tests, and makes mincemeat of the RX Vega 56.

Oh yes, the Vega 56. Normally, given the relatively minor cuts AMD makes to its high-end GPUs when it creates a new top pairing, the second-tier card is often the price/performance hero. But with Vega having pricing issues from the get-go – thanks mainly to its ties to the expensive HBM2 memory – it was overpriced compared with the competition even without the painful mining boom. 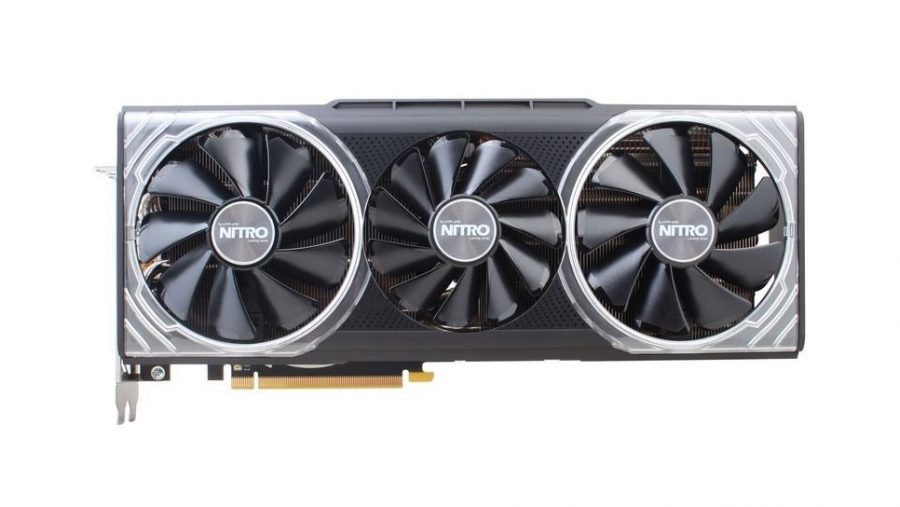 It doesn’t do too badly compared with the GTX 1070 in gaming performance terms, especially with Far Cry 5 and some DX12 games, and even runs cooler too. But it still draws a huge amount more power, and generally costs almost $100 more too.

It’s different down in the mainstream segment, where the AMD RX 580 8GB is finally affordable again and that makes it the smart buy over the GTX 1060 6GB. Don’t get me wrong, the GTX 1060 is a fantastic graphics card, and one that will go down in history as a bit of a hero, but the Polaris architecture has matured like AMD’s promised fine wine, and with its superior frame buffer and slight edge across the benchmarks means it’s the sub-$300 card we recommend.

And, in fact, the only instance of us recommending an AMD graphics card over an Nvidia one in any of the head-to-heads we’ve spoken about. 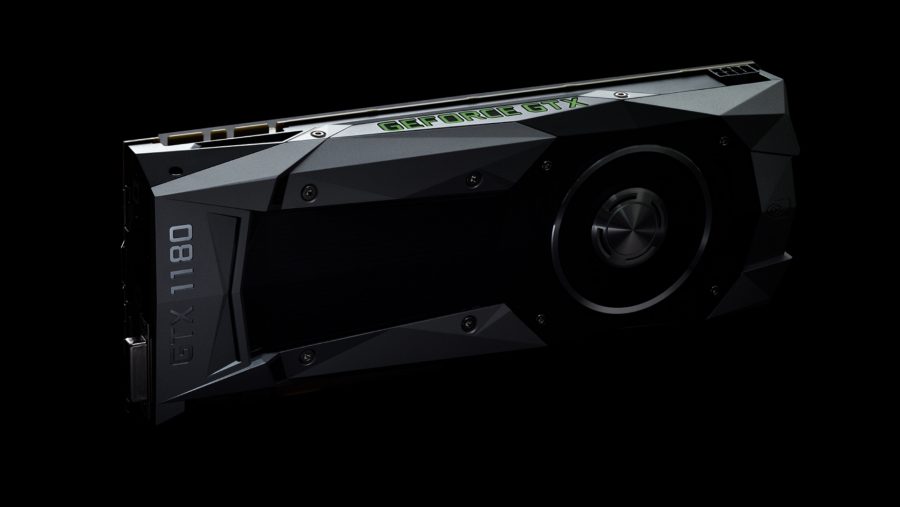 On the whole then, this graphics card generation can be seen as an almost overwhelming win for Nvidia’s GeForce GPUs over AMD’s Radeon silicon. What will the next generation offer? With the next-gen GeForce cards likely to stretch the high-end performance lead even further that side of the market is looking like it’s going to be almost impossible for AMD to compete in.

But AMD looks to be playing within its limits over the next twelve months, with the Navi GPU archticture likely to replace the mainstream Polaris architecture rather than the higher-end Vega silicon. If AMD can double-down on the mainstream and uses its 7nm Navi architecture to keep the GTX 1160 at bay, then the red team could still be giving us PC games some graphical joy in the next generation.