Do we have a good one for you today – the Samsung Galaxy S9 takes on the BlackBerry KEY2. Among other things, these are two smartphones separated by a virtual keyboard on the Galaxy S9 and a physical keyboard on the KEY2. The Galaxy S9 claims some security features, but certainly does not compare to the KEY2 which is built around top-level security. The Galaxy S9 is more for the everyday user with a large display for watching videos and playing games, while the KEY2 is designed for the user that likes a physical keyboard and a more business-like device. The Galaxy S9 has a faster processor and more advanced GPU, but neither is technically slow when it comes to performance. Let’s see what else these two devices have in common before we look at each one in more detail.

Obviously, these two devices are very different from each other. The Galaxy S9 has a larger display, a higher resolution, a different aspect ratio, and is even protected by a different Gorilla Glass version. They both use a Snapdragon processor and an Adreno GPU, but different models. They both have the same base storage (64GB) and both are expandable, although the amount of RAM differs. They both use an 8-megapixel sensor for their front-facing camera (FFC), and both rear main cameras are of the same 12-megapixel variety although the KEY2 is equipped with two rear cameras. Even though their displays differ in size, the physical keyboard adds enough space that the two devices are relatively comparable in physical size and weight. The Galaxy S9 and KEY2 both support Wi-Fi, Bluetooth v5.0, NFC, and a USB Type-C port for charging and data transfer. Both support Google Pay, a 3.5mm headphone jack, a fingerprint sensor, and both run Android 8.0 (Oreo).

Please take a careful look at the detailed specifications comparison chart below and here you will see just how these two Android smartphones stack up against each other. Which one is the better purchase by offering the most technology for the least amount of money? Are you looking for a powerful phone or one with more security? These are the type of questions we will attempt to answer in picking the winner of this comparison. 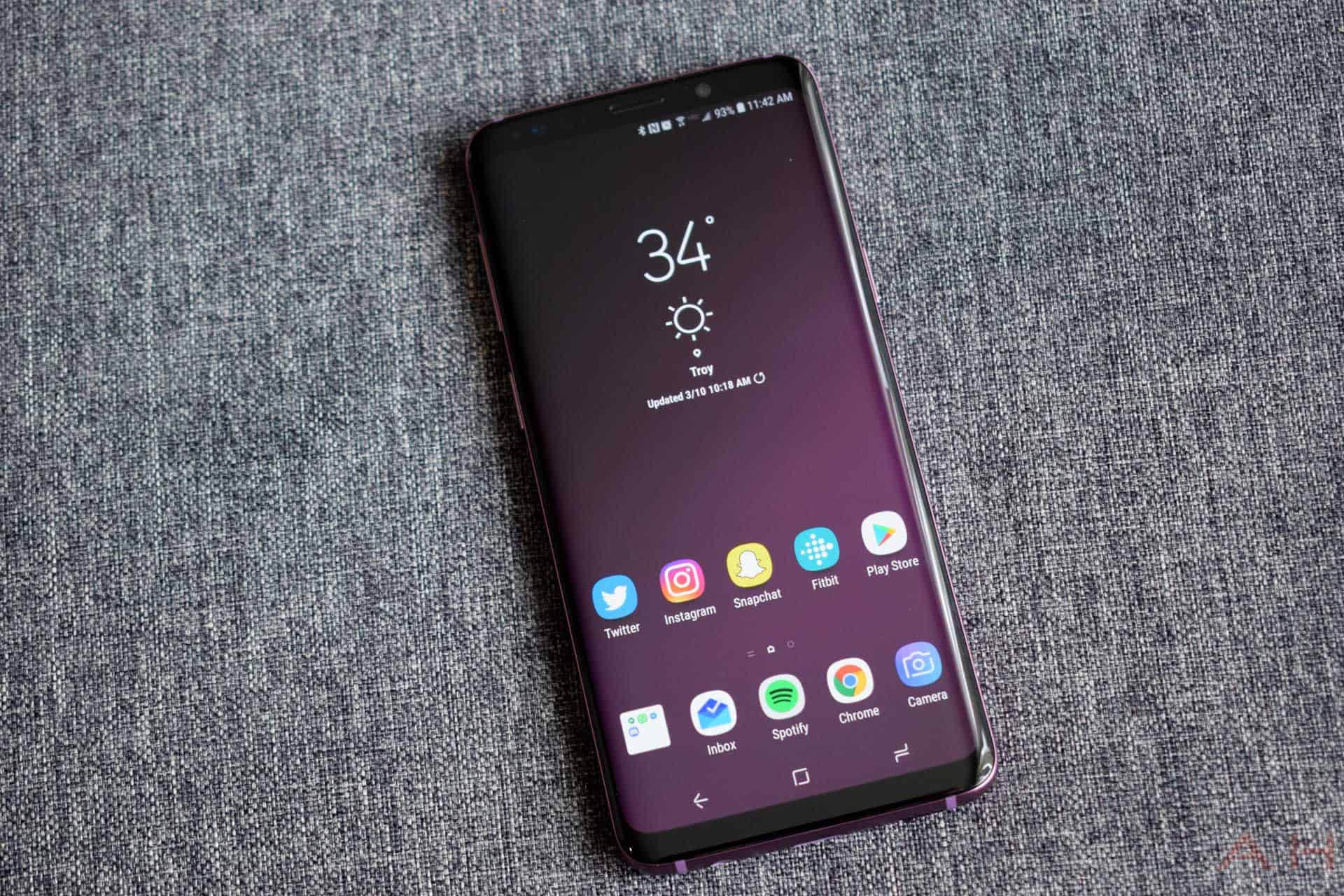 Samsung puts out many different phones during a given year, but the Galaxy S9, S9 Plus, and Note series are the company’s flagship phones. The Galaxy S9 is the basic flagship option as it’s missing some of the bells and whistles found on the Galaxy S9 Plus. For instance, it has a smaller display, less RAM, and only a single rear camera, but other than those items, it’s relatively equal to the Galaxy S9 Plus. As you’ll find the same processor/GPU, Hi-Res audio with stereo speakers, the Super Dual Pixels in the same 12-megapixel camera, with the new Adaptive Aperture. It also packs Intelligent Scan – iris and facial recognition working together – for more accurate and faster authentication.

Not many people will argue that Samsung makes the best display on the market and the Galaxy S9 boasts a 5.8-inch Super AMOLED Infinity Display with an 18.5:9 aspect ratio making it great to watch media or play games on. It has a QHD+ resolution of 2960 x 1440 pixels and 570 pixels-per-inch (PPI) for eye-popping images. It incorporates the Always-On feature that helps save battery life as well as making it easier to glance at notifications to determine if they should be read. This entire phone uses Gorilla Glass 5 for protection.

Samsung uses two different processors in its Galaxy S9 depending on where purchased. For example, the US model uses the newest Qualcomm SoC, the Snapdragon 845 along with an Adreno 630 GPU. The SD845 is an octa-core processor clocked at 2.7 GHz and the Adreno 630 will handle any graphic you toss at it. The Galaxy S9 sold in some other regions uses Samsung’s own Exynos 9810 octa-core processor clocked at 2.7 GHz along with a Mali-G72-MP18 GPU. Both processors are equally capable of running the Galaxy S9 without issue. The S9 is packing 4GB of RAM and a base of 64GB of expandable internal storage, although 128GB and 256GB models are offered, depending on location and carrier.

When it comes to new features on the Galaxy S9, one of the most exciting is in the camera department – the new Adaptive Aperture. Which can adjust the aperture from a large f/1.5 for pictures taken in low-light conditions, all the way to a small f/2.4 for pictures taken in brighter lighting. The camera uses 12-megapixel Super Dual Pixels, as well as Phase Detection AutoFocus (PDAF), OIS, 8x Digital Zoom, and an LED flash. The FFC is an 8-megapixel unit with an aperture of f/1.7, auto-HDR, and has its own autofocus. A 3,000 mAh capacity battery powers the Galaxy S9 and should last a full day for most average users. The Galaxy S9 also comes with Samsung’s Adaptive Fast Charging and quick wireless charging for both Qi and PMA formats.

Samsung always adds a lot of features (some might say, bloatware) to its flagships, and while some are very useful, others are not. For example, Samsung Pay is a great feature that allows you to make purchases almost anywhere that accepts credit cards. Intelligent Scan is a new feature that adds more security for unlocking your phone by combining iris scan and facial recognition. Then there is Bixby, Samsung’s answer to Apple’s Siri and Google’s Assistant. The phone is IP68 certified against dust and water, has a heart rate monitor, SpO2 sensor, and a new blood pressure monitor, although one of the best new features is the great sounding stereo speakers. The Galaxy S9 also features a new AR Emoji feature, which is although is a great idea, it needs more work if it is to compete with Apple’s version. Samsung also improved its DeX support which lets the user turn the phone into a desktop computer by using a simple dongle.

The Galaxy S9 is available in Midnight Black, Coral Blue, Titanium Gray, Lilac Purple, Burgundy Red, and Sunset Gold depending on location and carrier, and comes with Android 8.0 (Oreo) out of the box. The device measures 147.6 x 68.7 x 8.4 mm and weighs in at 163 grams. It is retailing from $750 to $800, but there are usually quite a few promotions available. 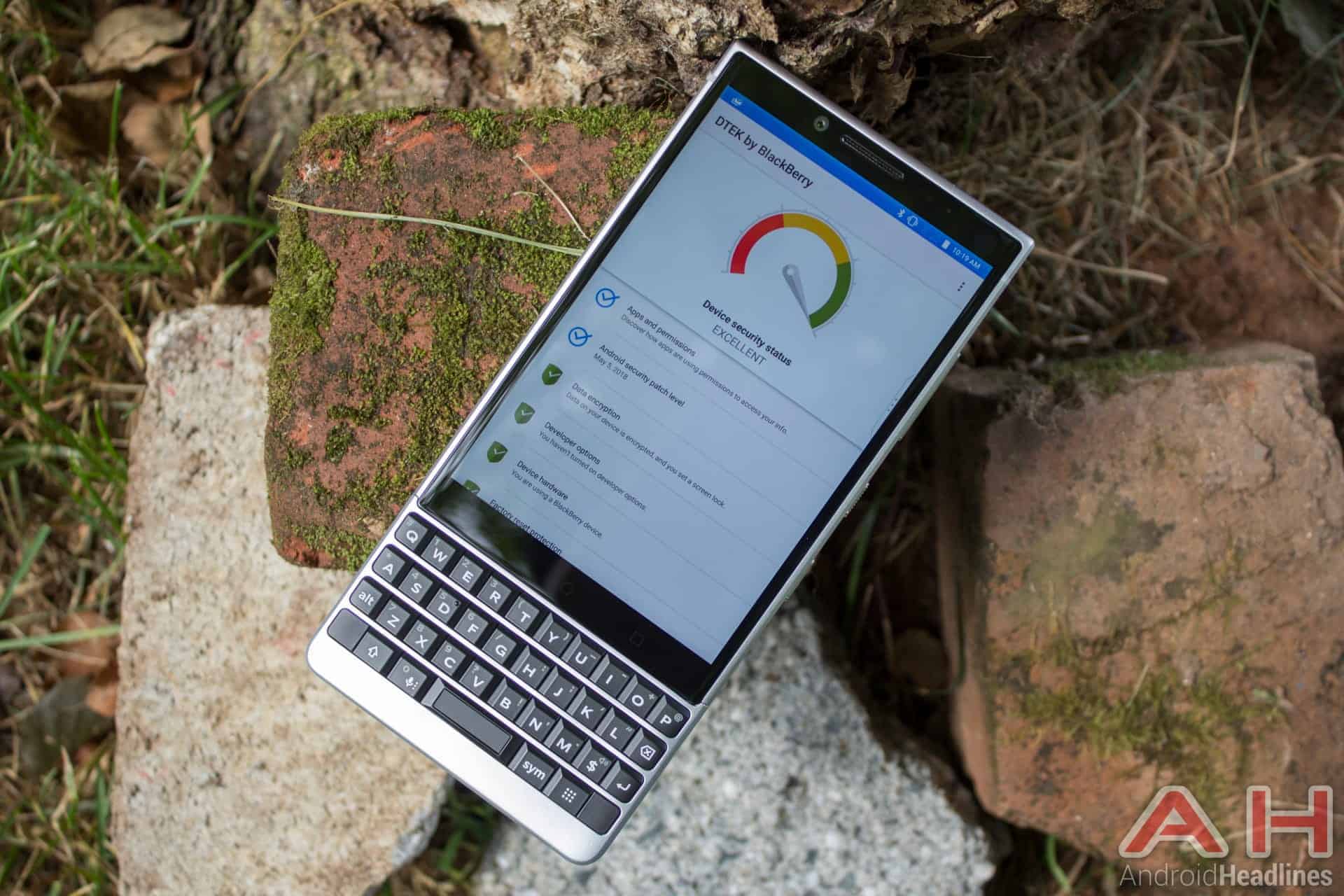 TCL Corporation now designs and builds most BlackBerry Mobile phones, including the BlackBerry KEY2, and it looks like the company did an excellent job in that department. As this is a device that stands out from the crowded smartphone market, due to the inclusion of a smaller than usual display and a large physical keyboard. It’s totally retro looking, yet at the same time one of the more attractive devices on the market. It sports a metal design that wraps smoothly around a 4.5-inch display with the physical keyboard positioned directly below. The keyboard is 20-percent larger than the one on the KEYOne with this design change employed to make it easier to use. The rubberized backing not only lends towards its good looks, but also improves the grip as well. The KEY2 comes with as many security features that BlackBerry could squeeze into a smartphone, and certainly more than you will find on any other smartphone.

While it has retro/business look to it, that look is very pleasant with the display, keyboard, metal casing, and rubberized backing all adding to its sharp look. The display is 4.5-inches and uses an odd 3:2 aspect ratio, which works fine for business applications or scrolling a website, but not so well for media or gaming. It uses an IPS LCD FHD+ display with a resolution of 1620 x 1090 pixels and 434 PPI. TCL uses the older Gorilla Glass 3 standard to protect the display.

Some users may think that the BlackBerry KEY2 should not be compared to the Galaxy S9 because the KEY2 only has a Snapdragon 660 octa-core processor clocked at 2.2 GHz and an Adreno 512 GPU. On paper, this would be a reasonable assumption, however, both processors are more than capable of providing a fast and smooth user experience with no lag. The KEY2 packs 6GB of RAM and 64GB of expandable storage, although there is also a 128GB storage model available as well. A non-removable 3,000 mAh capacity battery powers the KEY2 – which is arguably quite a lot for a 4.5-inch LCD display and a SD660 processor. The KEY2 uses Quick Charge 3.0 for a fast charge, and users can activate a Boost Mode which turns off certain functions of the device for even faster charging.

The BlackBerry KEY2 is designed for those that want a physical keyboard and are okay with using a smaller display, as well as people who are interested in advanced security features such as the company’s excellent DTEK security and Privacy Shade. Thanks to the inclusion of NFC, the phone does support mobile payment solutions including Google Pay, and BlackBerry’s UI runs over Android 8.1 (Oreo), and it’s expected to receive an update to Android 9 Pie in due course. The fingerprint sensor is smartly mounted on the space bar on the physical keyboard, but that is only one of many shortcuts this keyboard has to offer – for instance, you can slide your fingers over the keyboard to scroll up or down on the display. The device measures 151.4 x 71.8 x 8.5 mm and weighs in at 168 grams. The KEY2 comes in Black or Silver with a black rubberized backing and costs around $650 for the 64GB version. 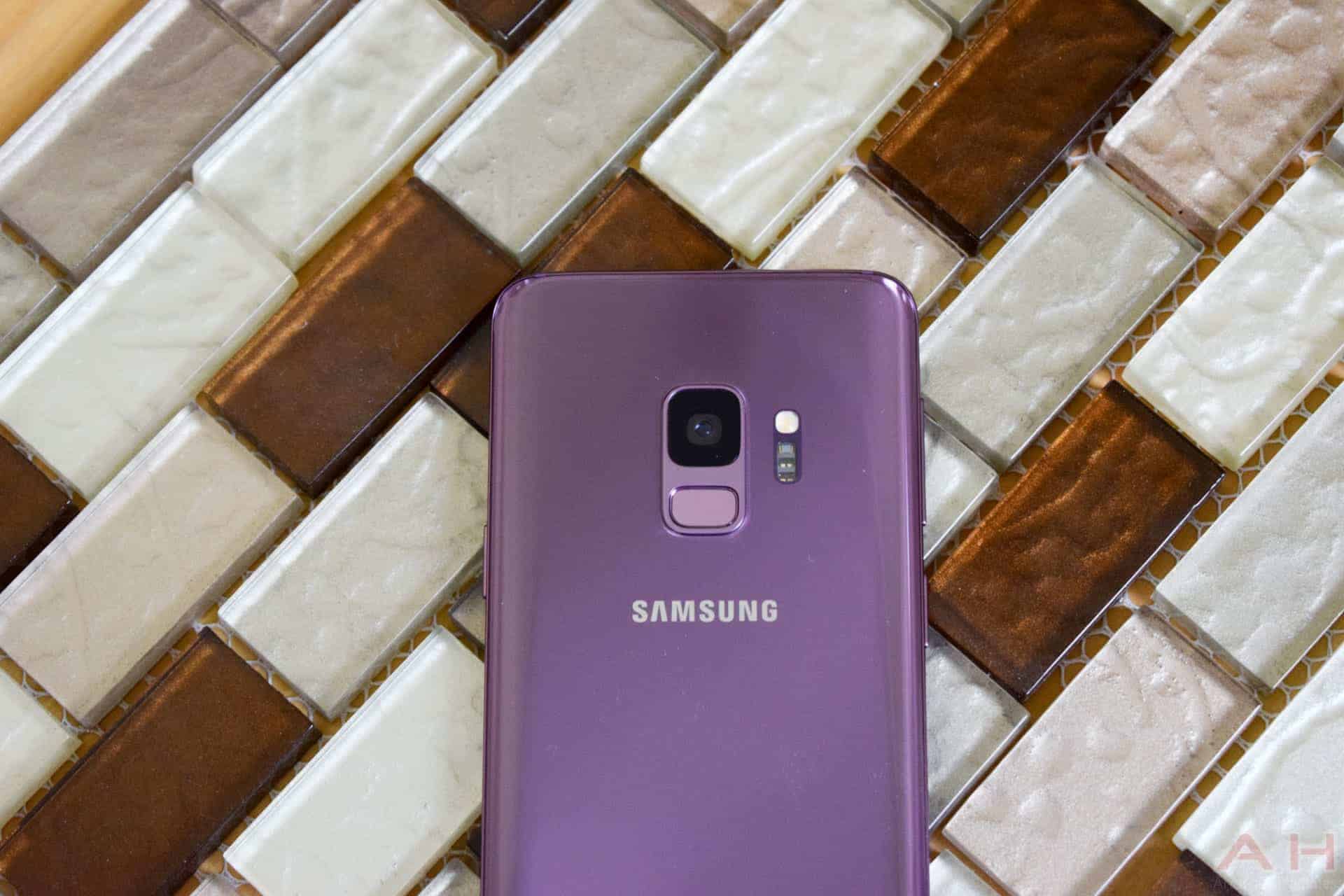 This win could go either way, depending on the needs of an individual. Here, we chose the more expensive (by $150) Galaxy S9 because it’s offers more of a mainstream appeal compared to the BlackBerry KEY2. Both devices are well-built, with the Galaxy S9 looking more modern, although the KEY2 does offer that certain business/retro look that is really cool.

The Galaxy S9 has the larger display with the ratio users want for media entertainment and multitasking. The Galaxy S9 also has the bezel-less display and and a higher resolution. It has a good camera, IP68 certification, Samsung Pay, and many options for health-conscious users.

The BlackBerry KEY2 provides its users with an excellent physical keyboard and the best security you will find on a smartphone, but is not the most technologically advanced smartphone when it comes to the display and processor. However, if you long for a physical keyboard, and like a smaller display, the KEY2 will not let you down.