Pre-orders for the iPhone Xs and iPhone Xs Max are going to be live tomorrow, but what we have is an early glimpse of how thee devices might perform when they are officially released by the company. The Apple A12 Bionic is the first chipset from the tech giant to be made on TSMC’s 7nm FinFET technology and it brings an array of improvements compared to the 10nm FinFET A11 Bionic. Now, the latest alleged Geekbench scores show two devices with varying amounts of RAM running the latest SoC with the scores and other details highlighted. 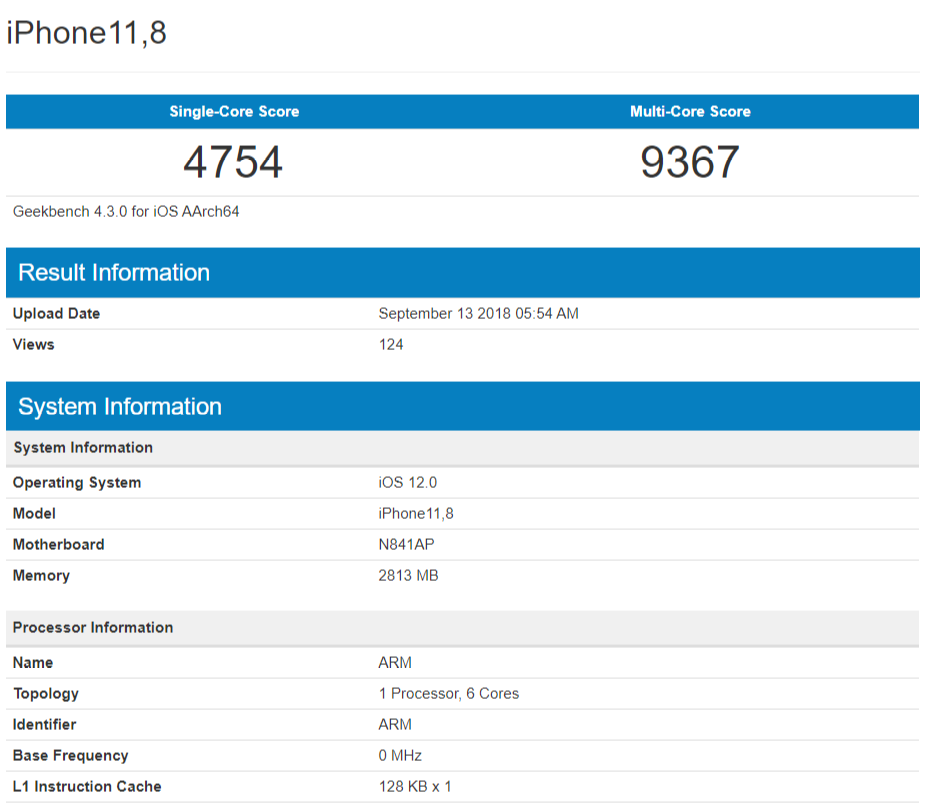 Whether or not these scores are true, the multi-core performance seems to be either on par or worse in some tests when the A12 Bionic has a skirmish with the A11 Bionic. Coming to the additional details, the A12 processor will sport a 6-core design clocked in at 2.49GHz while the A11 Bionic sports a 2.39GHz CPU for the performance cores. These results also tell us that at least one of the new phones will have 4GB of RAM, as well as a bigger L1 cache, jumping from 32KB to 128KB. 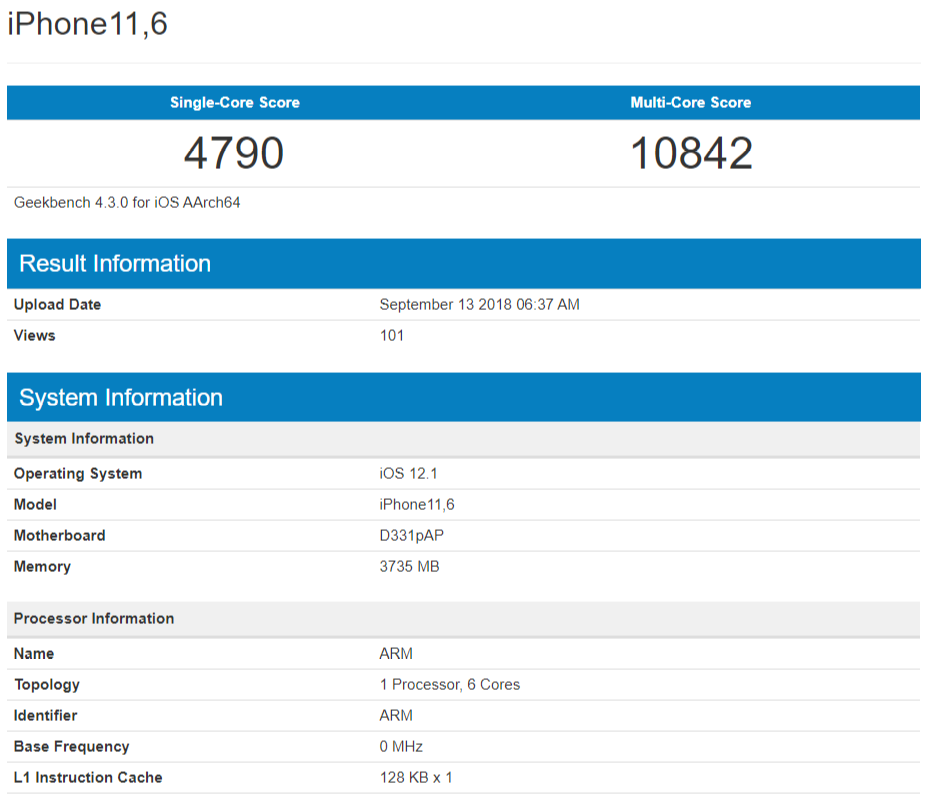 These smartphones are also running iOS 12, but iOS 12 has not officially launched right now, so it could be the developer’s preview installed on the iPhone 8 Plus. You should also know that Geekbench scores are to be taken with a pinch of salt for now so we’ll update you guys if these scores remain constant once the latest iPhones have officially been released by Apple. 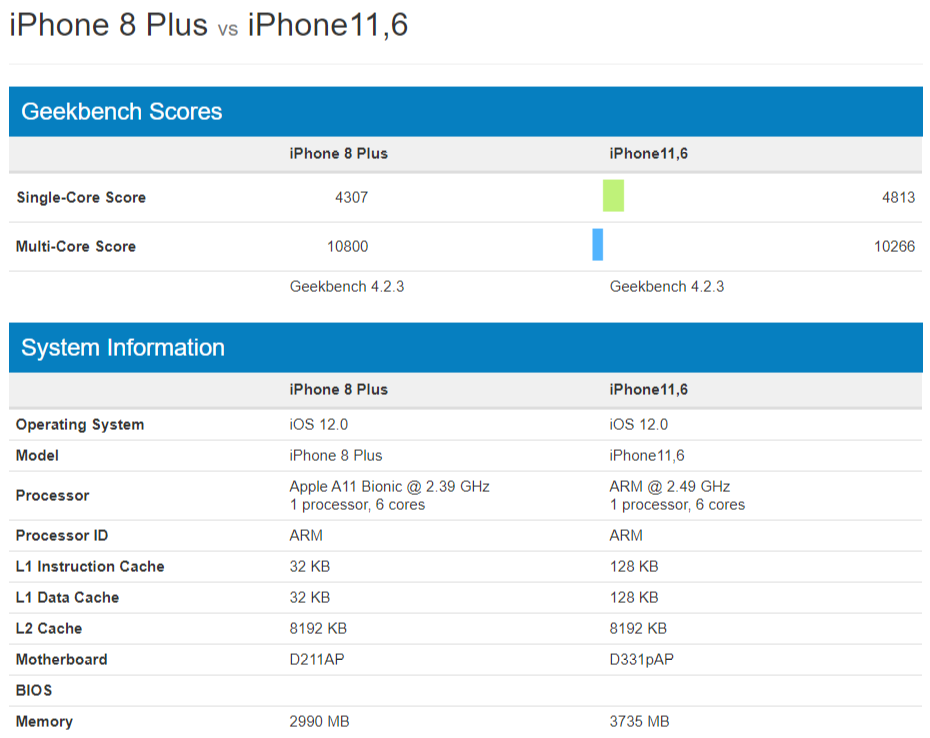